In the early years of the Internet, pop-up ads were one of the most basic types of digital advertising. Users would experience surprisingly enormous windows “popping up” in front of them, which were impossible to ignore. Due to their annoying behavior, pop-up blockers got developed to improve the user experience and make web browsing less grating.

This ad format eventually found its way back into digital advertising and is currently known as mobile interstitial ads.

App interstitial ads are interactive, full-screen advertisements that hide the host app interface. These ads, interspersed with the content, are placed at natural transition points, such as between game levels or other activities in the app. Interstitial ad format is differ from others like native ads and banner ads due to their full coverage.

There are three types of app interstitial ads: video ads, image-text, and live ads. Before we go into the specifics of mobile interstitial ads, let us also tell you that AdPumb offers you a free consultation for optimizing ad placements.

Examples of mobile interstitial ad types are text, images, rich media, and video. Users can navigate via these options by clicking/tapping on the ad to go to its destination or closing to resume their activity within the app. The type of ads depends on the timing of close options.

There will be an instant-close option for non-video ads

Up to 5 seconds may pass before an interstitial video ad offers a close option:

Because mobile interstitial ads in Android and Apple have a high impression rate and can boost downloads and revenue, they are among the most often used mobile ad formats. A list of well-known organizations (including Pinterest and Airbnb) have noticed a rise in app installs by optimizing interstitials.

With interstitial ad network and ads, you get:

Why Use Interstitial Ads?

Publishers can broaden the ad diversity on their apps by integrating interstitial ads in Android and Apple.

Interstitial ads outperform standard banner ads in terms of CPMs  (Cost per mille) and CTRs, which boosts the overall ad revenue for publishers.

Interstitial ad network is excellent for producing an engaging ad experience for users due to their large size, animated content, and interactivity.

One of the most commonly used ad formats in programmatic advertising is the interstitial ad.

Think about placing an interstitial ad between one or more levels or stages of your game app. A break between game levels offers a logical stopping point for the player to evaluate an app interstitial ad. Consider adding an ad after a certain number of screens or activities if your app (not a gaming app) has numerous sections. Do not display an interstitial ad each time a user takes a specific action. How much do interstitial ads pay? Before this concern, you should definitely pay attention to the best implementations and interstitial ads best practices.

Provide a delay after a level ends and before the appearance of an interstitial ad if an app encourages frequent or repetitive tapping by users. A progress bar or wheel, a loading screen, or – a ‘please wait’ screen can get utilized to indicate this delay. It will reduce accidental clicks by users.

Avoid inserting interstitial ads during app load and exit; interstitials should be deployed only between the app pages. Apps that run in the background of the mobile or outside of the app environment should not contain ads. The user should be able to notice which app the ad is linked to or using.

Non-compliant implementation examples include, but are not limited to:

1) Placing an interstitial ad after each user activity, such as swipes, clicks, and more.

An interstitial ad should not be displayed every time a user clicks on your app.

Do not place ads in a manner that obstructs access to the primary content of the app and makes it difficult to navigate or use the main app features.

Users should not be surprised by the interstitial ad format you insert. Interstitial ads that show unexpectedly when a user is concentrating on an activity, such as playing a game or completing a form, may result in accidental clicks and produce an unpleasant user experience. Interstitial ads should only get utilized when there are logical gaps in your app content, such as pages, stages, or levels, and the user is ready to interact with the ad.

Even though you may have intended for the ad to load between pages of content, carrier latency frequently causes the ad to show after a new page has loaded. AdPumb suggests preloading the interstitial to avoid this from occurring. 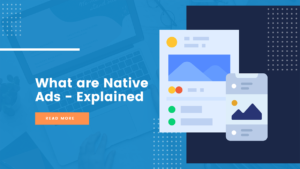 Anyone familiar with digital marketing has probably heard about programmatic advertising. After all, it’s one of… 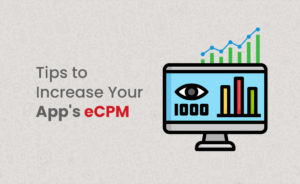